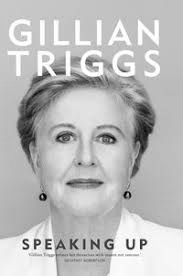 I chose this book for The Triangle because I thought that the work of the Human Rights Commission and of its President has seldom been out of the news for the last few years. Here is the chance to understand the importance of the Commission and to try to understand why Gillian Triggs has attracted so much criticism from the government and from conservative commentators. What the book does is outline the arguments and the ideological struggles over such issues as the rights of asylum seekers, children in detention, freedom of religion, same-sex marriage, and human rights issues of importance to Indigenous Australians and to women and girls. It also covers the important role Australia has played in the international struggle for universal human rights—a history of which all should be really proud.

Why then has this generation of politicians been so reluctant to fulfill our obligations under human rights conventions? This is a record of the daily struggle the Commission has had to advocate for the human rights of the most vulnerable in our society. It is a very readable textbook survey of the cases and the campaigns in which Gillian Triggs was involved. With her very experienced staff and international law often on her side, she withstood almost daily calls for her dismissal and some of the most vitriolic criticism from shock jocks.

I’m not sure I understood much more about her as a woman by the end of the book, but I certainly know how the book can act as an excellent reference for anyone trying to understand the arguments for and against adopting a Bill (or Charter) of Rights in Australia.

The Year of the Beast
Scroll to top