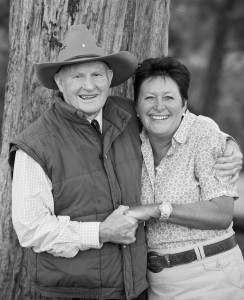 In your travels, as you negotiate the streets of Cobargo, you may come across a mature, quintessentially iconic Australian bushman, with a rather large hat, who loves to have a yarn. If so, then perhaps you’ve had the pleasure of meeting my dad. So what makes him so interesting? He was born Ross Alphonsus Rixon on 21 June 1935 to Annie (teacher’s assistant) and Spencer Rixon (Stores Officer, RAAF) at Milton. He was one of ten children. When Ross was a little boy, he and three siblings rode their pony eight miles to Brooman School. Spencer had a few dairy cows and when the kids couldn’t all fit on the same horse he got them to drive the sulky, deliver the cream then continue to school. The family often moved because of Spencer’s occupation so they ended up at Canley Vale, Sydney, where Ross attended Liverpool Junior Tech for his high school education. He left school at 14 because he had procured a job as a cooper, making beer barrels at the local brewery.

Spencer didn’t want his boys growing up in the city so he encouraged them to leave home young, travel up to Queensland and gain work on cattle stations. Two of them were already working on properties, one at Dirranbandi and the other at Wallumbilla, not far from Cubby Station. Finally it was Ross’s turn to head to Queensland and his excitement was hard to quell. His sister Patricia fondly recalls that Ross was bought a pair of high-top riding boots, brown leather with a white tulip carved into each one. He lovingly applied leather dressing to the brown part and white sandshoe cream to enhance the tulip. The first job was to get your horse and head out to do the mustering. Ross came out with his decorated riding boots and all the others looked at him, summed him up and said, ‘Ross, this is your horse’. It bucked like mad and threw him hell west and crooked. After six weeks of being given a hard time over his boots he took to them with a knife and cut off the tulips. Life improved from there.

Over the next few years Ross worked as a drover and station hand for which he was paid £2 10s a week. He worked from 4 am to 8.30 pm and had every second Sunday off to do his washing. On one occasion the station hands complained at the lack of variety in the jam they were given, plum jam day in day out, so they went and spoke to the owner. He growled at them and said, ‘What’s your problem? There is variety—there’s light, medium and dark plum jam’. Ross recalls working at ‘Boonahmia Station’, a thoroughbred stud. The stallion was called ‘Malt Dennis’. The stud had 70 mares come through for the season each year. Ross bought his first two horses for five quid each; they were called Ned and Darkman. Eventually he had worked his way to Mitchell where he took a job as a fencing contractor on Redford Station.

It was at Mitchell he met a lovely young widow, Dawn Murray, a very striking looking woman. She had four children already, Maryanne, Shirley, Gloria and Glen. Ross and Dawn eventually married and had three more children—Patricia, Allan and me, June. Sadly, Dawn passed away in 2011. Ross had great admiration for his wife of 52 years and recalls her as the smartest horsewoman he had ever seen, a very capable and self-reliant human being. During their first years together Ross drove the mail truck which carted mail, wool and groceries—anything that needed to be delivered. Eventually he returned to being a fencing contractor.

Fourteen years had passed since he’d visited so he came back to Ulladulla to see his family. They decided to stay. So he bought a tent, moved into the bush and starting cutting mine props for Wally Howes, who provided a grey Fergie tractor and 041 Stihl saw. Moruya Timber Supplies needed props cut so our family continued to live in the bush in a tent. We worked our way down the coast and finally came to roost at Cobargo.

Ross has always worked hard and at 84 still cuts firewood and assorted timber orders. He had bowel cancer in 2017 and faced the challenge of recovery with his usual gusto. He’s an avid reader of all things factual and can recall incredible amounts of information about anything. An avid sports lover, he’ll watch any sport offered. He has an opinion on all things and his best friend is his little white dog, ‘Miss Bella’. An Australian character.

The return of Maddison Barry 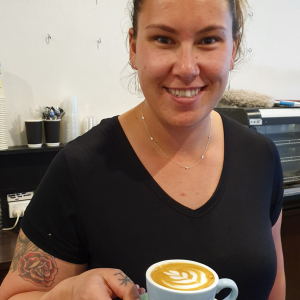 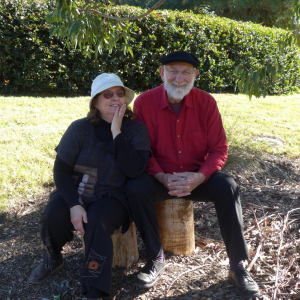