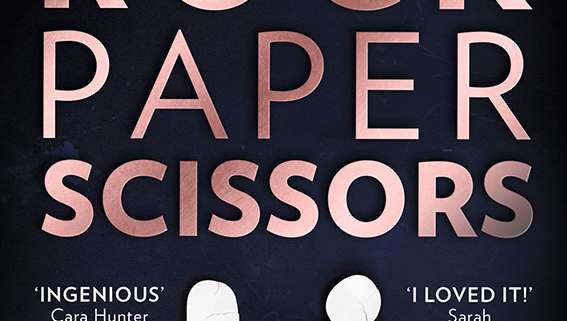 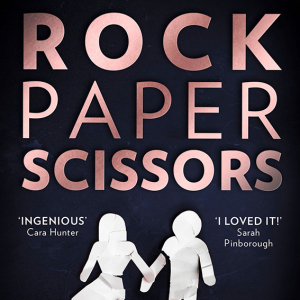 I often read crime fiction as a break from more challenging literary fiction. Crime, suspense, thriller, psychological thriller … whatever they were once listed as, they now seem to have merged under the general title of crime or thriller.

There seems to be an increased appetite for crime fiction and it now outsells most other genres. Bestselling thriller writer, David Baldacci, says that when times are more stressful (and they sure have been) more crime novels are read. ‘Crime novels put the balance back into life … evil is punished, and the good guys mostly win, after solving the puzzle.’

It is the puzzle that I love. I love trying to unravel the who, what and why before it’s revealed by the author but always disappointed in the writer when I succeed.

I didn’t succeed with Rock Paper Scissors. Alice Feeney is known as the Queen of the Twist so I was pleased to read her new book and she didn’t disappoint.

Basically, this novel only has three characters and none of them are entirely likeable. Adam is a workaholic screen writer who has prosopagnoaia, otherwise known as facial blindness. I thought this character trait was a bit of a giveaway and too obvious as it must surely lead to identity confusion and it did.

An unwilling Adam has agreed to go on a weekend break to Scotland with his wife Amelia, to work on their failing marriage. Amelia seems to complain a lot, especially about Adam’s all-consuming work habits. Amelia has won this getaway in a raffle. The destination is an isolated old chapel, converted into a home and now falling into disrepair. It is dark, cold, snowing, there is a blackout and the old chapel is said to be haunted. Strange things begin to happen. Of course! This seems standard suspense writing.

Much of the novel contains the wife’s unsent letters to her husband, written each year on their wedding anniversary as they try to outdo each other with gifts that are appropriate to the anniversary eg paper, cotton, wood, copper …

Whenever there are letters or diaries in this genre we suspect we have an ‘unreliable narrator’ and again this proves correct.

It began to seem that this was a fairly average psychological thriller but then came the twist. And it’s a beauty. I had to back track to check I understood. Yes, Alice Feeney is the Queen of the Twist.

Herbs for all seasons 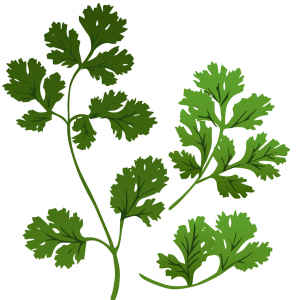 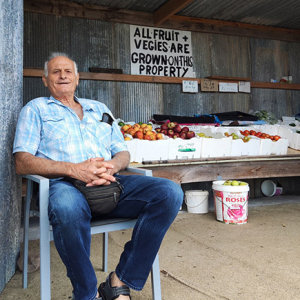