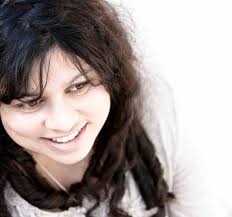 In the lead-up to the Sisters in Crime weekend extravaganza in Cobargo and Bermagui (second weekend in October, 2016), I have been seeking out Australian women writers of crime. Sulari Gentill was born in Sri Lanka, but emigrated here at the age of seven, so I’m sure it’s OK to claim her as ours. She trained as a lawyer, (having abandoned her first love, astrophysics), then turned to fiction writing, creating a series of historical crime fiction books. Her hero is Rowland Sinclair, a wealthy Australian artist whose friends and companions are bohemian-types, typical of those abroad in the 1930s. He is also an amateur sleuth whose adventures are set in countries around the world, and whose social standing brings him into contact with real-life historical figures such as Churchill. Evelyn Waugh, George Orwell, various politicians, including Nazis in Germany and Blackshirts in England before the second World War.

Gentlemen Formerly Dressed is one of eight in the series; it begins with a bizarre murder in London where Rowly lands after escaping from the Nazis in Germany. The bizarre world of the English aristocracy is navigated by our hero and his left-leaning friends as they determine to prove the innocence of a young woman falsely accused of the murder of her eccentric uncle (found dead in a fluffy nightgown – please read on!)

Sulari Gentill lives in Batlow and as well as working on her award-winning novels, also produces truffles, and draws upon the editorial skills of her historian husband whose special era of interest is the 1930s, hence her detailed knowledge of the social context in which her hero is carrying on his investigations.

Perhaps she can be persuaded to come over the mountains to the Sisters in Crime weekend??

Emperor of the Eight Islands: The Tale of Shikando

The High Mountains of Portugal
Scroll to top