You are here: Home1 / My Triangle2 / Carolyn Killen draws the curtains on Ivy Hill 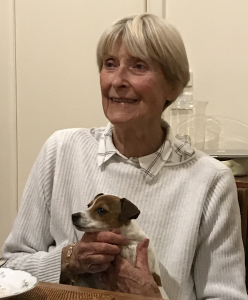 When Carolyn and Bill Killen decided to move to the south coast of NSW in 2001, they hardly knew anyone and had little knowledge of the area. They were drawn here by the proximity of farm land to the sea, and the tranquility.

Bill’s retirement plan was to farm and Carolyn, a self-confessed gallery ‘groupie’, wanted an outlet for her love of art. She quickly realised that they had relocated to a serious artistic community with few outlets for its work. It was an obvious choice – establish a gallery to support local artists. They renovated the original home to create a natural gallery space – although, Carolyn admits, the family needed a little convincing.

Encouraged by new friends and neighbours Klaus and Brigitte, and Phillip Cox, the Ivy Hill Gallery opened in 2003. Carolyn admits she was a little nervous, having no experience in running a gallery, although she had a great eye for art and her work as a wholesale providore in Sydney meant she had the business skills.

Seventeen years later she has well proven her natural talent, having established Ivy Hill as a ‘go to’ place for visitors and locals alike to view the work of some of the fine artists of the region.

Carolyn’s vitality has contributed to the success of the venture, opening a new exhibition every month. Each exhibition usually has two two-dimensional artists and one three-dimensional artist. In total she has held 115 exhibitions, exhibited the work of 350 artists, and made 4800 cheese biscuits! She is a generous hostess and her openings are always very popular.

Her interest in the cultural life of the region extends beyond Ivy Hill. She and Bill have been great supporters of Four Winds, Sculpture on the Edge (now Sculpture Bermagui) and Zephyrs Jazz.

Ivy Hill has been a perfect fit for the area since the Tathra-Bermagui Road became a popular driving route. The Gallery, and its iconic road number, 1795, became a destination on the road, featuring in the Tathra-Bermagui Art, Food, Wine and Nature Trail developed in 2004. Other operators along the road included Narek at Tanja, Georgina’s Cucina and Wapengo Art Studio, Mimosa Wines, Nature Tours on the Murrah, and the Gelati Clinic in Bermagui. This trail attracted a lot of interest and operated for a number of years.

Sadly, Bill passed away in 2019 and is remembered fondly by the local community – a larger than life, laconic fella, more at home on his quad in the fields with a faithful kelpie on the back than in the Gallery. Recently Carolyn has passed the running of the farm over to family and has closed the doors of the Gallery. After 17 busy years of scheduling and staging exhibitions, she deserves more time to enjoy the natural beauty of the area – although this busy woman intends to maintain an online outlet for artists and patrons.

The Ivy Hill Gallery and Carolyn’s gracious and welcoming presence will be much missed by visitors and artists. She has received many messages from all over, wishing her well and thanking her for her support of the arts in this corner of Australia.

In Carolyn’s own words, here are some memorable moments at Ivy Hill Gallery

Most Challenging: Mounting an exhibition of paintings by Cheryl Davison in New York in 2008. It opened at the Australian Consulate two days after the Global Financial Crisis hit.

Worst Moment: An artist cancelling two days prior to the exhibition opening.

Best Moment: When the artist who filled in at the last minute had a sellout.

Most Poignant: The Bushfire Benefit and exhibition of paintings by Penny Lovelock, who lost her house at Conjola Park; and Karyn Thompson, who fought to save her house at Verona.

Greatest Disappointment: Having the Tulgeen artists cancel their exhibition due to COVID-19.

Greatest thrill: Being named as a place worth visiting by the New York Times magazine in September 2019.

Greatest joy: Sharing creative spirit with the talented artists of the region and providing a venue for their work. 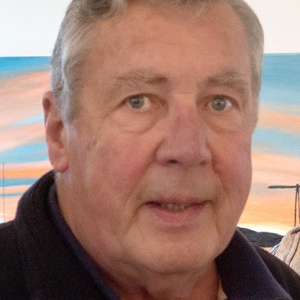 Malcolm Halliday: ‘It’s more about a moment.’
Scroll to top