You are here: Home1 / My Triangle2 / Toppy Blacka, Christmas child 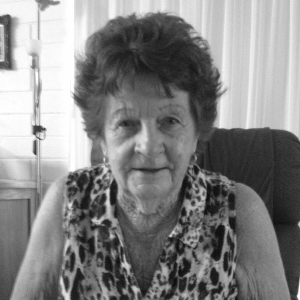 Born on Christmas Day, 1936 in a milking shed out the back of Brogo, the sixth child out of 14, she was named Isabel Lucas but has been called Toppy her entire life. She never thought to ask her mother how that came about before she passed.

Toppy and her siblings would walk to and from the Brogo school every day with their shoes in their schoolbags so that they wouldn’t wear them out before they could be passed down to the next kid in line.

Mum would take the empty 25lb flour bags and sew them into undergarments for the kids to wear. Toppy was worried that a bit of wind might expose the 25lb text that stretched across her backside.

Everyone had their jobs. Toppy’s was to make all the beds every morning before school. The sheets were boiled in the copper as there were no washing machines back then. The doonas they used were ‘wagga blankets’, cow feed bags that had been split apart, stuffed with rags and laid on top of the sheets for warmth.

After school, Toppy would work in the paddock with Rose the horse, ploughing the ground to make way for corn and potatoes to feed the family. There were always chores to be done around the dairy farm.

She was fifteen when the fire of ’52 came through. She remembers how fierce it was. Her father was out fighting the fire and had someone sent to collect the family and take them to the Cobargo Hotel to be out of harm’s way. It was a good thing too as their home and sheds were lost to that massive fire storm that swept through our region.

She married Don Blacka when she was almost 18. Don worked on the roads while Toppy ran the dairy farm and raised their two children. It was another time back then. She remembers the two blacksmiths that worked in the village of Quaama as well as the haberdasher whose shop was down Bermaguee Street. The community was more self-reliant then than it is now and ties were strong. Toppy remembers the Quaama rugby league football team and rodeos at the showground. Easter Mondays were sports days where 50lbs of mince, 30lbs of sausages and three big bags of onions would be eaten during the events, then everyone would race home to get ready for the dance at the hall where there would be three sittings of tea in the supper room. They wouldn’t get home until the early hours.

Later on in life, Toppy and Don sold the farm and moved into Quaama where they bought a large block, subdivided it and built houses. Eight houses in the village were built by Don with Toppy at his side as labourer. Together they built about 35 houses across the Shire.

Every winter for fifteen years they would take three months off to travel Australia in their caravan. Their marriage lasted almost sixty years before Poppy lost Don just a few years back. They had a good life together. Now retired, Poppy enjoys gardening and spending time with her son, daughter, grandkids and great grandkids. She lives as she always has by the Lucas family prayer, ‘Always’.

Always love your family, no matter what.

If you have more and someone less, always share.

Never say anything bad about someone, if you have something to say, always say something nice.

Denise Bunnett: my year of volunteering in Bermagui 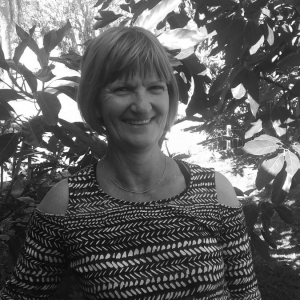 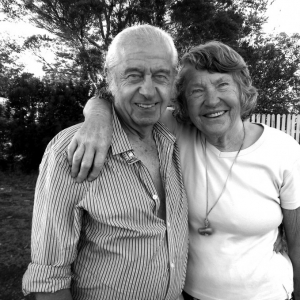