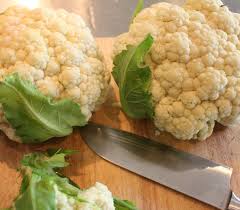 One of my favourite things to enjoy over winter is cauliflower. Such a sweet satisfying vegetable. Good for those of us looking at reducing carbohydrates. This recipe for cauliflower couscous can be eaten as a side dish with anything in place of regular wheat-based couscous or potatoes. You can extend the basic dish by adding chick peas or broad beans, chopped tomatoes, rocket and/or baby spinach and you have a gluten-free vegan dish you can eat at room temperature or hot.

Preheat oven 200C. Remove outer leaves and cut cauliflower into small florets. The easiest way to get the couscous effect is to pulse the florets and chopped bits of stalk in a food processor for a couple of seconds at a time till the cauli looks crumb-like, being careful not to overdo it as you will end up with a paste. Alternatively you could grate the cauli with the largest grate side and finely dice the stalks.

Line two trays with baking paper. In a large bowl toss the processed cauli with a drizzle of olive oil to moisten. Also toss in the ground spices and salt and pepper. If you had some dukkah or zataar – Morrocan spice mixes, you could add some in as well, but it’s not necessary as you can be as plain or fancy as you want depending on your pantry.

Spread the mixture onto the trays in a thin even layer, roasting the cauliflower for 12 minutes, moving it around the tray halfway through the cook. Roasting dries and intensifies the flavour. The couscous should be light and fluffy. Back in the bowl again you mix in the coriander and any other additions you may want. Sprinkle with the toasted almonds. 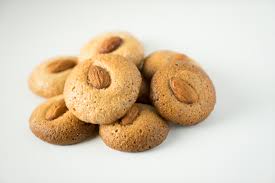 Beat in the agave syrup or sugar and flavourings. Fold in the almond flour and salt into the wet mixture. Line a tray with baking paper. Roll the dough into walnut sized balls, leaving space between each biscuit. Bake for 10 – 12 minutes until slightly golden. Let the biscuits cool on the tray. Biscuits should be slightly chewy and moist on the inside.

NB If you use the agave syrup they aren’t as sweet as using sugar.