Everyone Brave is Forgiven

You are here: Home1 / Books2 / Biography3 / Everyone Brave is Forgiven

Chris Cleave in his notes at the conclusion of the book tells us that he was inspired to write this book as a tribute to his maternal grandfather, Captain David Hill of the Royal Artillery. Captain Hill served on the island of Malta, where near starvation was as challenging as the almost daily bombing raids by the Germans. Some of the facts of his service are reproduced in the novel, but otherwise, the plot is as imagined by the author. The first few chapters didn’t grab me, mainly because the main female character, Mary, was the 18 year old daughter of a local MP (presumably a conservative). She was obviously over-indulged and both she and her best friend were typical English upper-class pains. Mary hoped to become a spy or something equally glamorous when she volunteered at the outbreak of the Second World War. However, she is assigned to schools, and to her credit, insists on face-to-face teaching, at which she proves to be exceptional. Her character begins to develop as the reality of the blitz and other hardships of wartime kick in. Her romance with her superior (and later on, with his best friend) are quite moving, although I must admit that the romantic feelings of an 18 year old set against the tragedy of war strike me as a bit contrived. This is a book that improves as it goes along and in the end, leaves memories and impressions of war that are a tribute not just to his grandparent, but to all those who served and to those who waited.

PS: Another good book by Cleave is Gold (about Olympic athletes).

Incest: Shhh, Keep it in the family 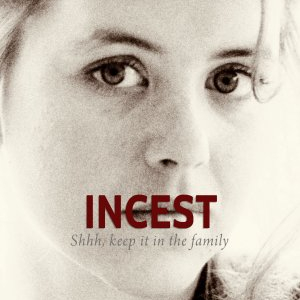 The Natural Way of Things
Scroll to top