Grevillea – a plant for all seasons

You are here: Home1 / Gardens2 / Winter3 / Grevillea – a plant for all seasons 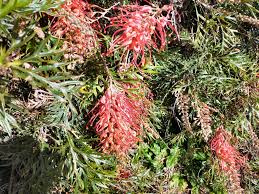 The genus of Grevillea has plants that suit a wide range of uses from groundcover to screening and from bird attraction to animal deterrent (prickly forms).

Much work has been done in the breeding of new varieties by hybridisation of certain parent plants that have a particular attribute like size, flower type, drought tolerance and so on. By crossing two plants with different special features a new variety is developed that has all the good features of its parents thus giving us a plant of exceptional value.

This hybridisation can be done in a nursery situation where a nurseryman wishes to develop a new plant or can be done by nature itself wherein two different species grown side by side are cross-pollinated and a seedling is developed nearby and then come across by a human who then grows it on, to produce a new variety.

In recent years a new growing method has come into place wherein a beautiful species, say from Western Australia, has been grafted onto an east coast species to give that plant the ability to grow outside its normal growing area. In many cases the understock used will be Grevillea robusta (Silky Oak) and this allows the plant to handle conditions like clay soils and humidity experienced on the east coast. A lovely example of this is Grevillea plurijuga (Purple Haze) which has its origin in Western Australia.

Many groundcover forms have also been grafted onto what is called a high graft, on a standard of about one to one and a half metres in height, similar to a standard rose. These are great in a pot or as a special feature in the garden.

Speaking of pots, Grevillea are a great pot plant. Care must be taken in using a variety that doesn’t need a lot of pruning. The variety I have used is ‘Peaches and Cream’. This is one of the most prolific flowering and all-round great Grevilleas that has been developed in recent years. Not only is it good for pots and bird attraction but will grow in a garden from first line coastal to inland gardens.

In using Grevillea in pots it is advisable to use a native or premium potting mix and then to fertilise with a slow release or liquid native plant food.

Grevillea will grow in a wide range of soils from loam through clay but are not generally fond of a sandy soil.

In preparation for planting, dig a wide hole, but not too deep. Depending on the amount of clay, some organic planting mix could be mixed with your existing soil to give the plant a good start. Water in with a combination seaweed and fish emulsion fertiliser. These are not too strong as an initial fertiliser and have a natural growth stimulant to help in establishment.

Fertilise from that point on at regular intervals throughout the year, except winter, with a native plant food.

There are very few diseases that can cause problems with Grevillea and a trip to the local nursery with a sample of the problem will usually solve it quickly.

Prune regularly to keep them in shape and promote new flowering wood. Don’t be afraid to cut them back hard. They will thrive from this.

C’mon, spring into it! 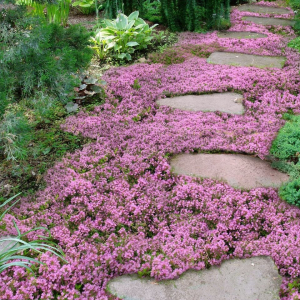