On to Plan B: adapting for a radically changing planet

You are here: Home1 / Off the page2 / On to Plan B: adapting for a radically changing planet 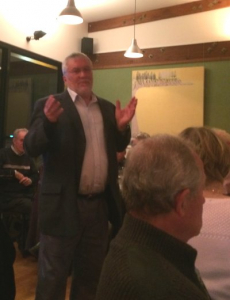 It was pretty clear to scientists in the 1990s that man-made carbon emissions were causing climate change—it had started with the Industrial Revolution. Two plans of action were mooted. Plan A: reduce emissions (mitigation). Plan B: adapt to the changes. But we weren’t going to need Plan B, were we? The fix was clear, and there was plenty of time …

1997 saw the first international agreement. The Kyoto Protocol committed the nations in attendance to reduce emissions “to a level that would prevent dangerous anthropogenic interference with the climate system” (with the exception of Australia, which negotiated a rise in emissions, but that’s another story). The commitment period ended in 2012. All met their targets—some with a bit of creative accounting.

In Cancun, Mexico, in 2010 it was agreed that warming must be limited to two degrees above pre-industrial times.

The consensus at the 2015 Climate Change Conference in Paris was that warming should be limited to well below two degrees, in fact one-point-five degrees if possible, and that net emissions should be reduced to zero by 2050.

Sounds good on paper. But why are we negotiating targets we can’t reach?

A two-degree limit, Dr Noble claimed, is possible only by reducing emissions to zero and absorbing atmospheric carbon—implementing carbon capture or planting more vegetation. Neither is likely to happen. Dr Noble didn’t even go into the one-point-five degree option, which he labels “magic”.

So who controls the mitigation agenda? The world’s largest emitters are the US, China and India (Europe is no longer a major emitter). Whatever the result of the election, “we’ll see very, very little action from the US,” said Dr Noble. India and China have rapidly expanding middle classes who want a lifestyle commensurate with ours in the West, and both are committed to using fossil fuels to get there. China will be watching its coal burning due to serious air pollution levels, but beyond that will not make serious moves unless the US does.

Dr Noble calls climate change a “wicked problem”. When scientists warned about chlorofluorocarbons causing a hole in the ozone layer in the 1980s, humanity responded with alacrity. What’s the difference now? Ozone was a “tame problem”, he said. The science was clear, the solutions were established. The shift to alternative gases suited the industry and there was very little impact on the general public. Everyone got in behind the problem. But with climate change, although the science is clear again, the solutions are not established. An enormous number of powerful players are threatened. And, this time, the general public are being asked to change their behaviour substantially. Thus the pushback.

So the focus has changed from climate change mitigation (Plan A, reducing emissions) to adaptation (Plan B, readying the planet for the warming already in the pipeline).

“Even if we achieve the two-degree target, we’re going to have a lot of climate change,” said Dr Noble. “We’re seeing it already.”

Adaptation is not a new phenomenon. We’ve had to adapt before—to social changes, to economic changes. In climatic terms, we’ll have to adapt locally (such as deciding whether a waterfront home is still desirable), nationally (securing infrastructure—severe storms of the type that South Australia experienced last month will occur much more frequently) and internationally. “Unless there is broader co-operation in these areas things will not move at anywhere near the rate they need to.”

At the World Bank Dr Noble advised on funding developing nations’ adaptation to climate change. He speaks of “fragile states”—those affected by natural disasters, like Haiti, or political strife, or both—and the fact that climate change will just exacerbate conditions. But those most at risk, he explains, are not those on the lowest rung. It’s the next poorest peoples—those families who have worked their way up to a modest annual income of perhaps US$5000-10,000 and have moved from a rural area to a big city. Dr Noble cited the thousands of Kenyan families who have set themselves up in shanty towns on the river flats outside Nairobi, which are now subject to flooding every few years.

There are 1.2 billion people in the world without access to basic electricity. But if you’re thinking that the answer to climate change can be found in adjusting the lifestyle expectations of the developing world, here’s pause for thought. The emissions created by supplying electricity to those 1.2 billion could be saved by asking North American SUV drivers to trade their vehicles for cars complying with current European emissions standards. The point is that asking the poorest nations to curb their emissions, or simply to not develop carbon-intensive lifestyles, won’t make much difference. Thus Plan B, readying those nations for the changes that are inevitable.

“Poverty is very strongly correlated with vulnerability to climate so if we let [poor nations] develop they’ll be a lot more resilient to the impacts of climate,” said Dr Noble. NGOs and multi-lateral development banks such as the World Bank are the main source of development funding. But herein lies a problem. The general philosophy is that the loans are country-driven. And governments prefer to borrow for mitigation, as opposed to adaptation, as it brings in quick infrastructure development, leading to “very muddled priorities”. Dr Noble initiated a trial that saw 18 countries granted amounts of about $100m each to develop their own climate-resilient development projects. The results were varied but a lot was learned.

So where are we heading?

One thing is certain: a future with a two-degree or more increase on pre-industrial times. Adaptation is possible but regions, nations and communities will be affected in varying degrees and will have varying abilities to adapt. Many natural systems will not adapt at all.

And the media tend to highlight disasters, but sight should not be lost of “chronic losses”. In recent years climate change has affected the South Asian monsoon; it arrives early, or late, or starts then stops too soon. Millions rely on the monsoon for their income and can be driven into poverty by this unpredictability.

Attention has turned recently to conflict states: is climate change a factor? Drought and crop failure in Syria drove people, particularly men, off their farms and to the cities, where they were unable to find work. Increased unemployment caused dissension, disruption and violence. And biophysical scientists, says Dr Noble, have shown that an increase in temperature will lead to an increase in violent behaviour.

Winding up his talk, Dr Noble proposed some actions for Australia. Firstly, he said, “accept that it’s real”. Secondly, invest in know-how. Until recently our country was a world leader, due largely to “a long history of farming, the wrong way, a country we knew very little about”. But recent changes to the CSIRO have reduced our capacity. Thirdly, maintain an effective foreign aid budget. The world target is 0.7% of GDP but Australia’s budget has fallen from 0.45% to 0.2% in the last two decades. Number four, focus on low-carbon, climate-resilient development. A report released, coincidentally, on the morning of Dr Noble’s talk by a leading US think-tank has proposed US$200b per year for the developing world, with a special emphasis on pandemics and climate change.

As thanks to Dr Noble came to a close and the applause died down at Il Passagio that night, our table was coming to terms with the sobering realisation that the focus has moved well and truly off emissions reduction. We’re looking at a radically changing planet, in our lifetimes, and all we can do, at local, national and international levels, is move to Plan B—get off the back foot and try to adapt. 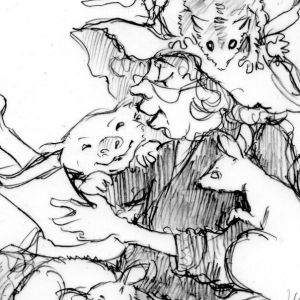 Nance Favelle: The forgotten cemetery at Garrawarra
Scroll to top